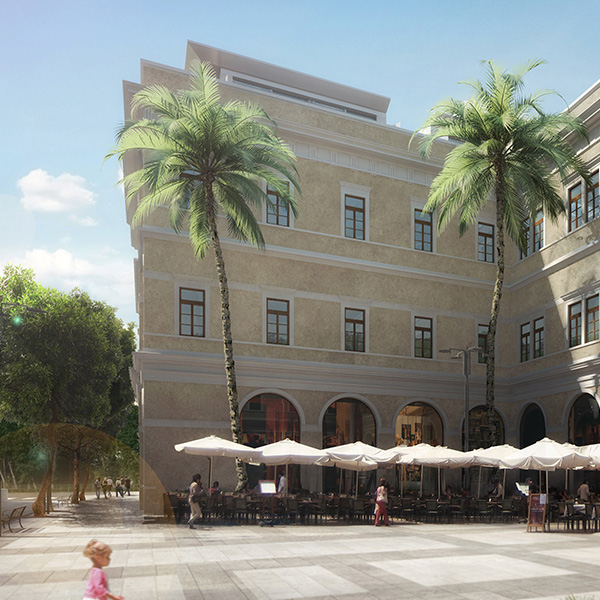 The Nuovo San Paolo fully encompasses the idea of a modern city, which is traversed on foot. The restoration of the building involves a significant improvement of the last stretch of Corso Italia in the direction of the gardens of the Prolungamento a Mare, significantly increasing Savona's pedestrian area. Two new little piazzas directly interact with the Corso and the other surrounding streets. Continuing to expand is the list of those "corners of Savona" where it is nice to stop and feel almost as if you are on holiday within your own city. This is yet another great reason to choose to live in Savona... in the Nuovo San Paolo.
The restoration of the building has inevitably extended to all adjacent streets. This is particularly so on Via Giacchero, over which the San Paolo faces, with over 130 metres in all its renewed splendour. The street, completely redeveloped, now has two sides that are full of light, embellished with greenery and plenty of shops, enriched by the convenient pedestrian shopping galleries connecting to Corso Italia. 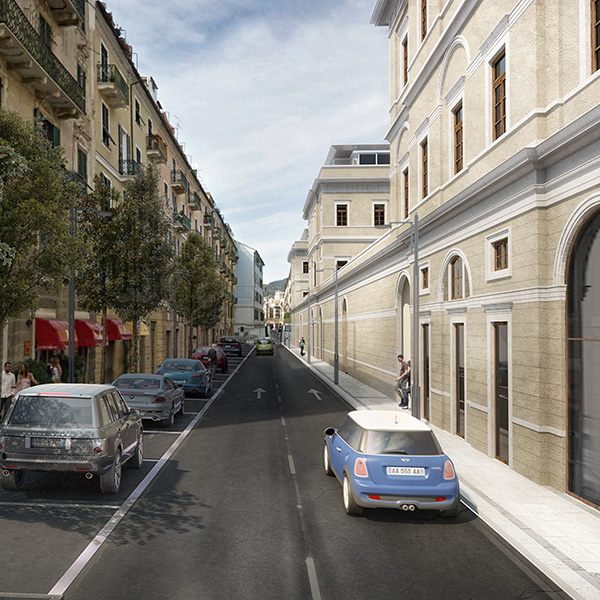 From Via Giacchero, the street running parallel to the main road, in the courtyards into which carriages once entered, today the residents' cars go in to park in autonomous garages, one for each residential apartment. As soon as you enter, once the retractable door is closed, there is no sign of the vehicle. There is only the historic wall alongside and the green lawn above.